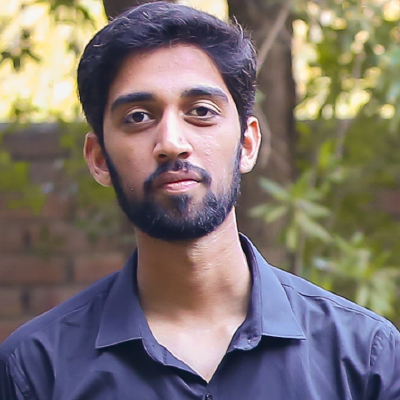 This post will guide you how to write a post on Chirpy theme. Even if you have previous experience with Jekyll, this article is worth reading, because many features require specific variables to be set.

Create a new file named YYYY-MM-DD-TITLE.EXTENSION and put it in the _posts of the root directory. Please note that the EXTENSION must be one of md and markdown. If you want to save time of creating files, please consider using the plugin Jekyll-Compose to accomplish this.

Basically, you need to fill the Front Matter as below at the top of the post:

Note: The posts’ layout has been set to post by default, so there is no need to add the variable layout in the Front Matter block.

In order to accurately record the release date of a post, you should not only set up the timezone of _config.yml but also provide the post’s timezone in variable date of its Front Matter block. Format: +/-TTTT, e.g. +0800.

The categories of each post are designed to contain up to two elements, and the number of elements in tags can be zero to infinity. For instance:

The author information of the post usually does not need to be filled in the Front Matter , they will be obtained from variables social.name and the first entry of social.links of the configuration file by default. But you can also override it as follows:

By default, the Table of Contents (TOC) is displayed on the right panel of the post. If you want to turn it off globally, go to _config.yml and set the value of variable toc to false. If you want to turn off TOC for a specific post, add the following to the post’s Front Matter:

Similar to TOC, the Disqus comments are loaded by default in each post, and the global switch is defined by variable comments in file _config.yml . If you want to close the comment for a specific post, add the following to the Front Matter of the post:

For website performance reasons, the mathematical feature won’t be loaded by default. But it can be enabled by:

Mermaid is a great diagrams generation tool. To enable it on your post, add the following to the YAML block:

Then you can use it like other markdown languages: surround the graph code with ```mermaid and ```.

If you want to add an image to the top of the post contents, specify the attribute src, width, height, and alt for the image:

Except for alt, all other options are necessary, especially the width and height, which are related to user experience and web page loading performance. Later section “Image size” will also mention this.

Add italics to the next line of an image，then it will become the caption and appear at the bottom of the image:

In order to prevent the page content layout from shifting when the image is loaded, we should set the width and height for each image:

Starting from Chirpy v4.4.0, height and width support abbreviations (height → h, width → w). The following example has the same effect as the above:

By default, the image is centered, but you can specify the position by using one of the classes normal, left, and right. For example:

Limitation: Once the position of the image is specified, the image caption should not be added.

The screenshots of the program window can be considered to show the shadow effect, and the shadow will be visible in the light mode:

If you host the images on the CDN, you can save the time of repeatedly writing the CDN URL by assigning the variable img_cdn of _config.yml file:

Once img_cdn is assigned, the CDN URL will be added to the path of all images (images of site avatar and posts) starting with /.

For instance, when using images:

The parsing result will automatically add the CDN prefix https://cdn.com before the image path:

You can pin one or more posts to the top of the home page, and the fixed posts are sorted in reverse order according to their release date. Enable by:

Markdown symbols ``` can easily create a code block as follows:

Using ```{language} you will get a code block with syntax highlight:

Limitation: The Jekyll style highlight tag is not compatible with this theme.

By default, all languages except plaintext, console, and terminal will display line numbers. When you want to hide the line number of the code block, you can append {: .nolineno} at the next line:

You may have noticed that the code language will be displayed on the left side of the header of the code block. If you want to replace it with the file name, you can add the attribute file to achieve this:

If you want to display the Liquid snippet, surround the liquid code with {% raw %} and {% endraw %}:

Or adding render_with_liquid: false (Requires Jekyll 4.0 or higher) to the post’s YAML block.

Prerequisites Follow the instructions in the Jekyll Docs to complete the installation of Ruby, RubyGems, Jekyll, and Bundler. Installation Creating a New Site There are two ways to create a new...

The favicons of Chirpy are placed in the directory assets/img/favicons/. You may want to replace them with your own. The following sections will guide you to create and replace the default favicons...

This post is to enable Page Views on the Chirpy theme based blog that you just built. This requires technical knowledge and it’s recommended to keep the google_analytics.pv.* empty unless you have ...